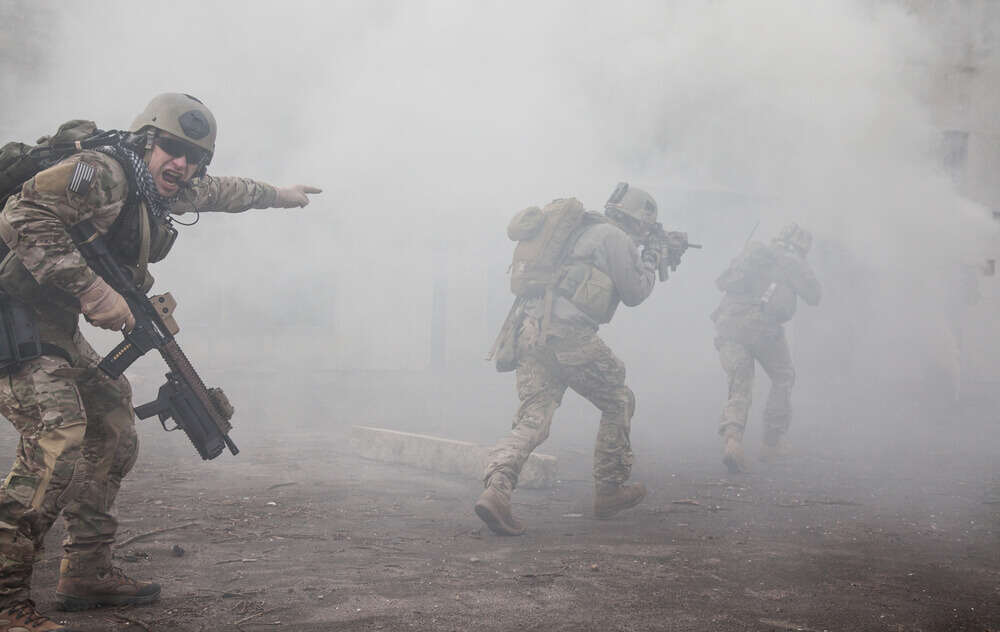 People serving in the military are frequently exposed to high levels of noise. High levels of noise are dangerous and can cause permanent damage to the hearing of those exposed. It is estimated that 52% of military servicemembers that serve in combat have moderately severe hearing loss or worse. To mitigate the risk of damage, U.S. military servicemembers rely on military-issued hearing protection, including earplugs.

Between 2003 and 2015, the manufacturing corporation 3M sold the U.S. military the Dual-Ended Combat Arms™ earplug, version 2 (CAEv2). These olive and yellow earplugs claimed to provide hearing protection for battlefield contexts, allowing users to reduce environmental noise without missing instructions or commands from fellow servicemembers. From 2003 to 2012, 3M won government contracts that made it the exclusive supplier of earplugs to the military. The military issued thousands of these earplugs to servicemembers deployed in Iraq and Afghanistan.

In 2018, 3M settled this whistleblower lawsuit without admitting liability for $9.1 million. But this money goes to the government and the whistleblower, a rival earplug company. This settlement will not pay for the damages incurred by active servicemembers and veterans. Military servicemembers are now pursuing litigation against 3M to help pay for their medical bills and suffering.

What problems can defective earplugs cause?

Defective earplugs can increase exposure to noise and contribute to several hearing-related disabilities. Military members are frequently exposed to high levels of noise and earplugs are a key method to prevent hearing disabilities.

Hearing loss can encompass more than just difficulties in understanding speech. A 2015 study of hearing loss in military servicemembers noted that noise exposure due to being in military settings like combat can cause several hearing disabilities:

Hearing loss and tinnitus are the most widespread injuries among post-9/11 veterans. The symptoms of permanent hearing loss may not be immediately apparent until it starts to affect communication. Often, the individual experiencing hearing loss is the last to know, says audiologist Virginia Ramachandran.

According to the Mayo Clinic, hearing loss can also degrade quality of life and contribute to anxiety, depression, and a false sense that others are angry with you. If you suspect that you might have hearing loss, you should consider scheduling a hearing test and learning about options to prevent additional hearing loss.